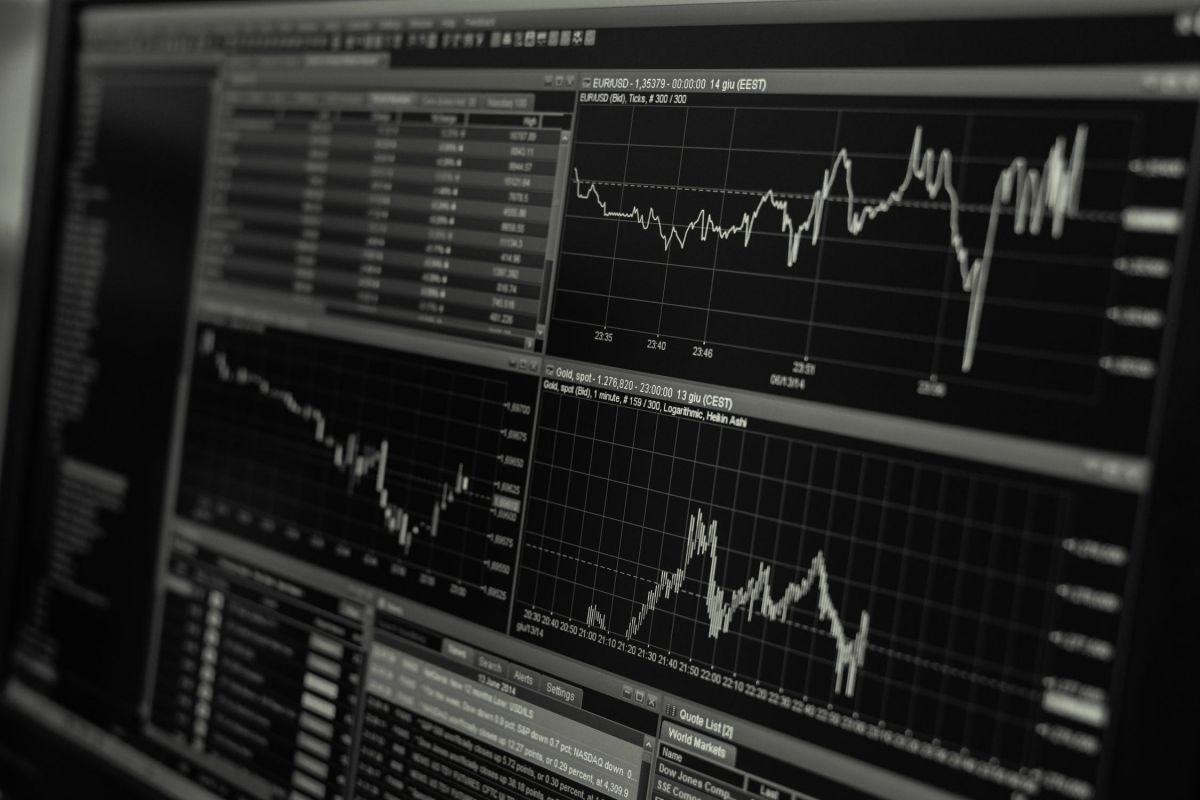 Netflix: Have We Seen this Movie Before?

“History has shown that whenever companies, no matter how great, get priced above 50 to 60 times earnings, buyer beware.” “Big-Cap Tech Stocks Are a Sucker Bet,” Jeremy Siegel, The Wall Street Journal, March 14, 2000

The recent and continued re-rating of Netflix stock serves as a reminder that great businesses and great investments can be two different things, and can often be juxtaposed. Moreover, paying too high a price for the stock of great businesses can sometimes have less than handsome outcomes. Below the surface, Netflix (NFLX) has been dealing with issues surrounding growth and market leadership. Diving into the transcripts of Netflix’s recent earnings calls, we can deduce some of the issues surrounding this great company. Our takeaways from the calls are:

Despite its slowing growth, Netflix stock has commanded a rather lofty multiple of its earnings, which peaked at 280 times trailing earnings on June 20, 2018. As early as the beginning of calendar year 2022, although lower than the 2018 peak, NFLX still traded at nearly 54 times trailing earnings. Overpaying for the stock of an exceptional business that has some documented growth issues can have dire consequences. Let’s see how long the stock takes to reclaim its all-time high of $701 per share, which was achieved on November 17, 2021.

“After the pure Internet stocks peaked in 1999, investors’ interest shifted to what was known as the ‘backbone’ of the Internet. Financial advisors reminded their clients that during the California gold rush of 1848, very few of the thousands of miners who were drawn by tales of gold nuggets as large as melons made any money. However, those who supplied the miners with pick axes, clothing and other gear most certainly did. Thus, as the pure dot-com companies faded, investors rushed to those companies that facilitated the Internet-networking and storage companies, software manufactures, and firms pioneering wireless communications.” “Stocks for the Long Run,” Jeremy Siegel, 2002 (page 149)

Cisco Systems was one of the networking companies that provided the “highway and interchanges” for the internet to travel on. A great business, no doubt, and deriving growth from one of the most influential technological achievements humankind has ever created. In March of 2000, Cisco’s stock carried a multiple of 148 times earnings and its stock peaked at $80.25 per share. Cisco Systems wasn’t the only stock saddled with a lofty valuation – other widely-owned companies were experiencing the same. See table from page 149 of “Stocks for the Long Run” below:

What is more interesting is the path of Cisco Systems’ stock since its March 2000 all-time high. We will let the chart below do the talking: 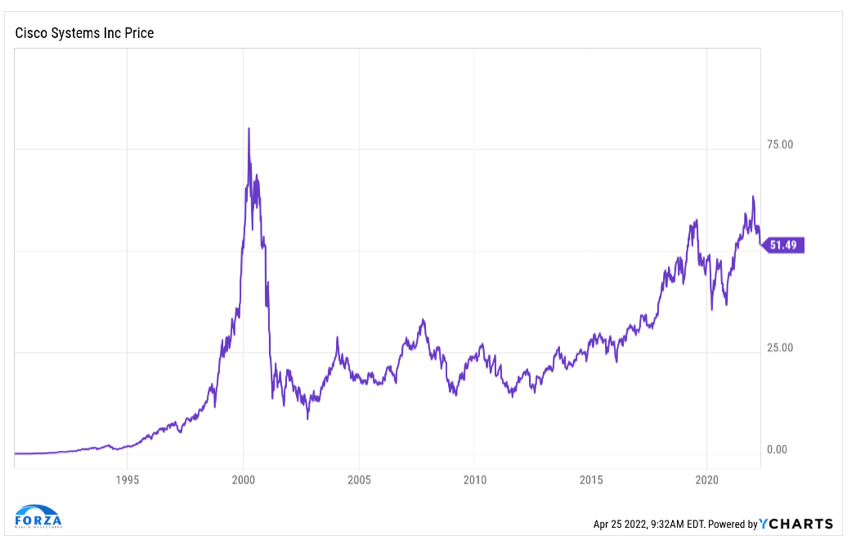 The stock has yet to reclaim its March 2000 peak more than 22 years later. You must have an uncomfortably long-time window to allow for money to be made buying growth stocks with nosebleed-level valuations. In the case of Cisco, more than 22 years has not been long enough.

There have been other instances of investors being smitten with growth stocks. The era known as the “Nifty-Fifty” took place nearly 30 years prior to the technology growth phase of the late 1990s into early 2000s. This event consisted of a group of high-flying growth stocks that peaked in the early 1970s, only to come tumbling back to earth in 1973-1974. Some of the companies comprising the so-called Nifty-Fifty are still around today: Xerox, IBM, Coca-Cola, Pfizer, Citigroup and Johnson & Johnson, to name a few. This was a group of premier growth stocks with proven growth records, consistent dividend increases, and high market capitalizations. According to Siegel, “Many investors did not seem to find 40, 50 and even 60 times earnings at all an unreasonable price to pay for the world’s preeminent growth companies, although many of these stocks sold for barely half that price just a few years earlier.” Other anecdotes of that time called the group of stocks “one decision stocks,” as a reference to the single decision one would make to own them and never sell. Howard Marks, in a 2021 Oaktree Capital Management letter, recalled that this group of companies was considered so good that “nothing bad could happen to them” and “there was no price too high” for their shares.

“Leo Melamed, president of the Chicago Mercantile Exchange, traveled to Japan in 1987 and questioned his hosts as to how such remarkably high valuations could be warranted. ‘You don’t understand’ they responded. ‘We’ve moved to an entirely new way of valuing stocks here in Japan’… for it is when investors cast aside the lessons of history that those lessons come back and haunt them.” “Stocks for the Long Run,” Jeremy Siegel, 2002 (page 165)

In December 1989, the Nikkei stock index carried with it a 60 times earnings valuation multiple. Nippon Telephone and Telegraph (NTT), the Japanese version of AT&T, had a 300 price to earnings multiple attached to its shares and a market capitalization of hundreds of billions of dollars. In the years leading up to 1989, the Japanese market performed so well that, by the end of 1989 – for the first time since the early part of the 20th century – the American equity market was no longer the world’s biggest. See below the long-term price chart of the Nikkei. Once again, we will let the chart do the talking. Notice the subsequent 32-year price performance of the index post-peak valuation:

We recognize that peak valuations are only known in hindsight. But it is still important to monitor rising valuations not only at the individual stock level but also at the index level. As portfolio managers focused on valuations, “has” and “will” remain top of mind. History has shown that the higher valuations get, the longer one needs to adjust their time period to allow for a profit to be made.